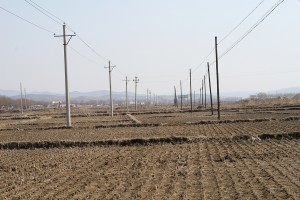 The Last 100 Feet is a common refrain in many industries. For me, I first learned about this idea during my days working in television. The idea as I learned is that the cable companies spend billions of dollars laying down miles and miles of cable which is capable of connecting a massive web of boxes – those boxes might be TV’s, or today they also include computers and a bevy of handheld devices.

Of course just because all the cable is there, it does not necessarily mean that a paying customer will elect to contact the cable company and allow that company to lay that last 100 feet of cable – the 100 feet that the cable company is now able to turn around and charge for. Billable feet.

While the Last 100 Feet is a pretty specific concept, the broader idea behind it is also relevant to a much wider area of thinking.

In my space, digital marketing, I see this idea take shape in a number of forms. One in particular revolves around the idea that all too often I see business owners stopping just short. They go through so much of the process in terms of how the build out their digital marketing, but all too often they will stop just short – they won’t take that next step – the step that will allow their efforts to move from average to amazing.

Other times I see this idea of falling just short in my own efforts where I’ll kick a can down the road one too many times. Eventually, after enough kicks, I move on to another can.

The idea in either scenario is that all too often we take ideas to a certain point but we do not follow them through to the point where we provide enough cable to allow our customers to be able to make that final leap. Maybe in your space it is not about the last 100 feet – you need to go further and provide an additional 90 feet.

The point is, these cable companies are doing everything in their power to obtain customers. They are building out massive infrastructures. They are selling a product that almost everyone wants – access. They utilize marketing strategies that posses both budget and thought. They spare no expense. And they do all this knowing full well that if they do anything less they will never be able to connect with their potential customers – they will never lay down that Last 100 Feet – they will literally cease to exist.

So, come Monday ask yourself if you are doing everything you can in order to get ensure that your potential audience is ready, willing and able to engage you to move forward and engage you – to lay down your own version of the Last 100 Feet.