Tell Me Something Interesting!

While I’m no longer accepting clients (more on that below) people used to hire my company for a variety of reasons: expertise, clarity, trust, confidence and raw needs.  Value creation is another area that tops the list.

That said, I have consistently observed that what most of my clients seem to respond to beyond the above is my ability to effectively communicate the story of their business in the digital space.

This understanding and deep respect for story is something that I have always had a passion for and in fact that passion led me to Los Angeles (below) and provided me with some amazing opportunities. This same passion lives very prominently in the digital realm with a key difference being that now suddenly EVERYONE has the ability to tell a story as a result of so many amazing new (and affordable) tools.

And why might I be so excited about stories? It is something I have thought about and the answer is I really like people. I like interacting with them. I like learning from them. I love being surprised and engaged by them. I also like using stories to help people. And it is from this passion that I am so effectively able put together these really compelling and engaging digital narratives for my clients. 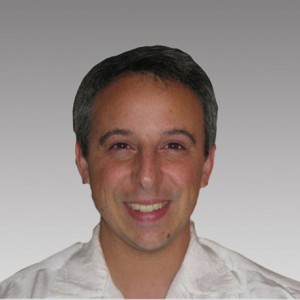 I am currently the Digital & Social Media Manager for North America within Dassault Systemes.  Efforts including working across multiple departments and with a wide range of internal and external stakeholders to ensure that our digital messaging is delivering a maximum impact, and serving as one of the primary advocates for our digital marketing activities across our region.

In addition, I am regularly interacting with colleagues across the globe, and often times my unique expertise is leveraged to provide additional insight and leadership across global initiatives within the company.  I am also currently leading a variety of pilot programs within Dassault Systemes.

Just before heading over to Dassault Systemes, I spent 5 plus years running my own digital and social media consulting practice: Gadarian Digital.  During this time I regularly interacted with and provided services to a wide range of clients across a variety of industries.  The services I specialized in were heavily strategic, while also requiring the ongoing ability to render and manage specific digital services to fill a variety of mission critical needs.

I earned my “digital chops” by creating and running an online news site that eventually had over 25,000 followers on Twitter. The site was something I built after having taught myself HTML and CSS. Eventually I worked my way over to WordPress, and years later here I am.

Prior to forming Gadarian Digital I worked as a television producer in Los Angeles, focused on prime-time scripted programming while heading up the television series department at Parkchester Pictures, working closely with Parkchester Pictures’ President and founder, former Showtime President of Programming Jerry Offsay. While at Parkchester we set up over 20 scripted projects for development at buyers including CBS, NBC, The CW, TBS, Showtime and FX, I produced 5 pilot/presentations and most notably I Executive Produced a ground breaking micro-series for TBS called “Commuter Confidential” which was sponsored by Revlon and Match.com.

From February 2006 through May 2008, concurrent to my work at Parkchester Pictures, I also served as Director of Business Development at LiquidGeneration.com, an animation website featuring irreverent humor geared to young adults. Before coming on board at Parkchester, I worked at a leading talent agency ICM, in their television department and prior to ICM I spent three years at 20th Century Fox Television.

Despite a warm and sunny 15 years in Los Angeles David currently resides in the greater Boston area with his wife and two young children.

Thanks for taking it to the end.