Why You Care About FourSquare Posting Big Number

Why You Care About FourSquare Posting Big Number

FourSquare, the mobile checkin service has released some numbers for 2011 along with an impressive looking infographic. 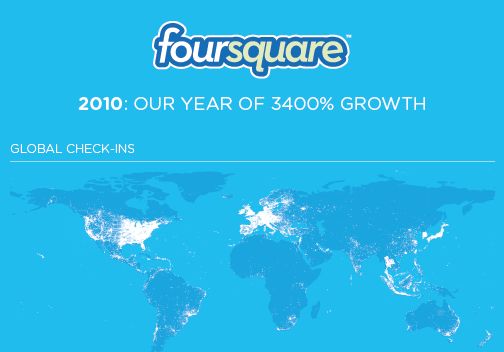 Before we answer big question of why do you care? I’d like to acknowledge a few things regarding FourSquare. First, their growth rate is impressive – enough so that you should really begin to be thinking about what a location checkin service could mean for your business. Secondly, and this speaks specifically to FourSquare rather than the entire social checkin space, the FourSquare founders are impressive, hungry, seasoned and have to date proven themselves to be extremely capable. Third, did you see the infographic? It’s safe to say that at this point they are a ‘real’ company. Facebook has recently launched Facebook Places, Google Places is in the mix, and then there is also direct competitor Gowalla. The fact is this entire space is still very early, and that my friends is exactly why you should care.

Much like the ‘lift’ early business and brand adopters of social services like Twitter, Facebook and even MySpace received as a result of having been there first, so too will you find a similar relationship with checkin services like FourSquare. You should care because your audience either cares today or they will care soon and the businesses that have the benefit of Social Proof in the form of a credible audience will get a further lift as the network effect takes place in their particular spaces.

In fact, as I’m thinking this through, what we are really talking about is a localized network effect, and as adoption rates continue to grow, if you are there first you are going to have a huge advantage. 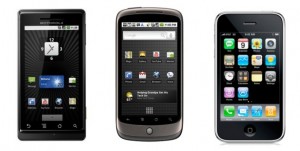 Right now you might be thinking that you’re already covered on Facebook, Twitter, LinkedIn, YouTube and don’t see the need to include FourSquare in the mix? You are probably thinking why is David pushing me to add another key to my already crowded key ring, and the short answer is the smart phone.

Between the Droid and the iPhone social checkin has become that much easier. Those handsets (and their competitors) are only going to get better. As the ease of checkin continues we are going to start to see some really interesting layers for business placed on top of checkin – and yes, it’s already happening. So again, it comes back to having an audience – and if you don’t have the audience today you are fine, but in the very close world of tomorrow, if you are not participating in this particular area you will probably be leaving some money on the table. Those who know better of course will probably be taking some of that money and putting it into their pockets.