Social Media and Doctors: A Few Lessons From Hospitals

Social Media and Doctors: A Few Lessons From Hospitals

While every business has their own specific needs, thought processes and norms, medicine in particular is interesting due to the sensitive and intimate nature of the services doctors and other health care providers deliver. Given the close proximity to patients there are a number of moral, ethical and legal boundaries that are very specific to this industry.

It’s also been very interesting to see the worlds of medicine and social media converge; as I’ve begun to spend a great deal of time looking at the space (including on behalf of a few clients), being a “social media” person this intersection is a place where I’m very invested. In particular I have noticed an emerging trend among the larger, more clearly defined medical institutions in terms of their efforts to “get in front of” social media on a corporate level. And while my clients tend to be smaller than hospitals, typically sole practitioners, none-the-less there are some really nice take-aways that can be gleaned for any medical operation based on what some of the larger medical establishments are doing.

While my physical location has less bearing on my actual job performance than other professions, as I’m based outside of Boston, the great Boston area has been of particular interest to me. Also given the large number of colleges and universities in the Boston area, historically Boston has been one of the leaders in terms of medicine, and similarly it should come as no surprise that Boston will also emerge as one of the likely early adapters in terms of integrating social media into medicine. That said, I was very pleased to see that Mass General has a dedicated link in their footer for their Social Media Policy. There were a few things that I thought Mass General did particularly well in outlining their policy which perhaps as you are putting together your own policy you might want to draw from.

First, the fact that Mass General has devoted so much time and energy to both having a social media policy and also publishing it online I think speaks very well for them. By doing so the hospital is expressly giving permission for people to communicate with them in a way that is comfortable for the person interested in communicating with them rather than being solely convenient for the hospital. I am of the belief that every medical oriented site engaged in social media should publish some sort of written policy. It’s good for the practitioner, it’s good for the end user (likely a patient) and overall it is good for the entire relationship moving forward as it both encourages communication and also establishes protective boundaries that are of benefit to all parties.

Also in their policy Mass General goes out of their way to make sure their visitors are aware of some of the very current concerns regarding the convergence of social media and medicine – I think a warning/disclaimer along this line of thinking is a must for any medical oriented website. Something along the lines of “if commenting online in a non-secure environment like Twitter or Facebook, please realize your comments are available to be read by the general public.” Most people at this stage are already aware of how social networks operate but perhaps they might be confused if they are commenting on their doctors Facebook wall, so again, an abundance of information is a good policy.

The Mass General Terms and Conditions (T & C’s) are good for a hospital or other large organization, but for an independent operator having such full blown T & C’s might inadvertanly have an effect different than what is intended and could possibly even intimidate potential customers or patients from engaging with you. For a sole operator likely you will want to boil down the essence of T & C’s along these lines down to a line or two. For a hospital I get it. Also please note, I am not a lawyer but I do spend a considerable amount of time thinking about issues like T & C’s, while weighing both the needs of the client as well as the needs of the client to connect with existing and potential customers in a way that will encourage interaction. If you’re concerned legally go with an extended version of the T & C’s.

Mass General then goes further and in writing they outline both some guidelines for employees engaged in unofficial social media practices as well as guidelines for employees engaged in social media activities on behalf of Mass General. Yet again, Mass General has done a very good job with their Social Media Policy of making sure that potential customers (likely hospital patients and even vendors) understand that they are very committed to providing a relevant social media experience. Read a different way, the hospital is saying again that they want to hear from you. By expressly posting a policy for their employees (something that could easily be delivered in an employee handbook) they are instead sending a message to readers that this is a company that is very interested in social media and in transparency. Very smart.

Oddly, one downfall I noticed on the Mass General Social Media Policy was that they did not actually include links to any of their social media profiles. Don’t worry – I’ve got you covered. 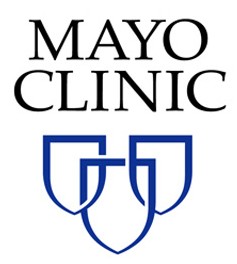 Another major player in terms of being a thought leader in the medical space is the Mayo Clinic. They’ve done something even more socially forward and they’ve developed a full blown website dedicated to social media. I could try to explain it but in their own words…

The Mayo Clinic is also extremely active in social media including heavily integrating with YouTube. Here is a video they put together to explain their approach to social media:

In reading through their social media site you will notice they are very committed to outlining both best and worst practices regarding social media in medicine. This site also does a very nice job of highlighting advances in technology that have the potential to be positive disruptive forces in the field of medicine.

The Mayo Clinic has also gone way out of their way to invite a series of field experts in the worlds of medicine and social media marketing into their tent to ensure that the clinic remains at the forefront in discovering how social media (and technology) will continue to have an impact on medicine and also to help ensure that the medical community is ready to embrace social media in a way that will of benefit to all parties.

Here is a video the Mayo Clinic did regarding whooping cough, and how a couple, through the use of their smart phone was able to get a much quicker diagnosis, possibly even saving the life of their son.

The overall effect, which obviously is very intended is that the Mayo Clinic is committed to being a thought leader in terms of the convergence of medicine and social media. For a sole practitioner there is a very good lesson to be learned here, and it is a similar lesson to the one you want to utilize as you develop a blog that your patients will read – you want to be relevant, on point and also to make sure to pay attention to the details, just like in your own medical practice where anything less than the best is not acceptable; so too will your own patients analyze your online efforts with a similar expectation. Also, you want to establish yourself as a clear thought leader regarding your specific practice. The results of your efforts can have a huge upside on your bottom line.

Again, two really nice examples of social media practices combined with medicine, coming from two different medical institutions that as I understand it are at the top of the field. Certainly in spending some time on either of these sites, as well as many others, there are a number of really nice take-aways that a sole practitioner can implement into their own digital portfolio.

Of course while the institution I just highlighted are very well established, as a smaller operation, or a sole practitioner you will of course want to tailor your own solution to feel right for your practice, for your patients and of course for your specific field. Your social media approach will likely differ in a number of key way, the most obvious being that the primary delivery point will be a person (You!) rather than a hospital.