I am very pleased to share with you the latest site Gadarian Digital has overseen the launch of: Siren Marine 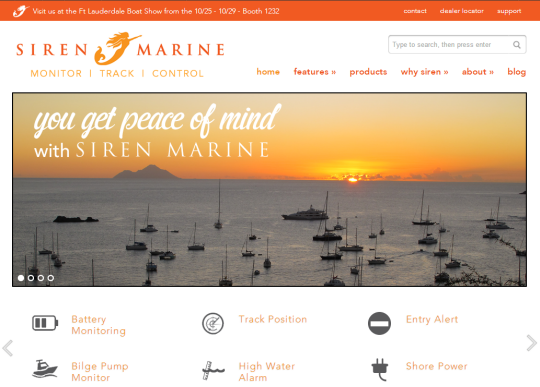 Siren Marine provides the hands down best remote tracking system available and I am thrilled to be working with their team. In putting together this project there were a number key considerations that the team felt we needed to focus on. A big one that I hope leaps out is the many ways that we tried to keep introduce boaters in new ways that would be particularly meaningful to other boaters. We really strove to make a site that a boater would feel at home on.

Much of what you see now on their site came to light during the early research and planning efforts which culminated in my creating a customized Digital Roadmap that was specifically created for Siren Marine. This entire portion of the process was aided tremendously by the Siren Marine team as they were very able to articulate their hopes and aspirations for the site coming into the project.

From there I rendered a detailed wire frame to further provide structure to the effort. The wire frame was critical as it allowed both myself and the Siren Marine team to have a visual representation of where we were heading in terms of how the site would lay out.

For the design and development of the website I brought in Caitlin Oliver of RGM Design. She took the wire frame and really made it sing! The site was built using WordPress and the premium WordPress theme Headway (Caitlin is also a developer and moderator for Headway) which also happens to be the same theme that Gadarian Digital utilizes for our own site. For what it is worth you can also see the Siren Marine site currently featured on the Headyway home page.

With every project there is always ample opportunity to learn and to explore. For this project one space I dove in a little deeper was on the store – after doing some pretty deep research we elected to use Stripe for our credit card payment processing which shaved about %.25 off of the total processing charge versus the scenario that was previously in place – over time that can add up to a pretty good sized number which I’m happy to see Siren Marine save. It was also a pretty sleek integration so kudos to Stripe on that. In the end Caitlin introduced Cart66 (which is a WordPress e-commerce plugin) and we also had to utilize another service called Spreedly to oversee the recurring billing aspects that were critical for Siren Marine. 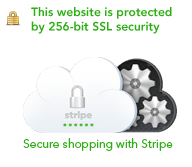 This is a site that I am very proud of for all kinds of reasons and I’m looking forward to continuing to work with Dan, John and Mike from the Siren Marine team as we now move beyond the launch of the site and begin to get deeper into other aspects that we outlined in the Digital Roadmap. The folks at Siren Marine are an impressive bunch and I’m looking forward to continuing to learn from them and also to watching (and participating) as Siren Marine continue to grow.