If you are using Google Apps, and you read this blog, Google+, Google’s most recent social media effort, is probably something that you are either interested in or are already active on.

Unfortunately up until today it was not possible to use Google+ while also using Google Apps. For many this was a really big obstacle in terms of usage of Google+. 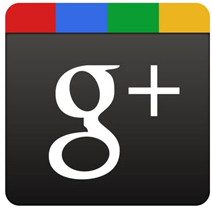 As of today Google has fixed this main issue – now Google Apps users can in fact sign up for Google+ under the same account – read all about it on the Official Google Enterprise Blog. The main limitation is that as a Google+ user under an Apps account, your admin could conceivably revoke your access to Google+.

Clearly there are a few things happening here, but I think the main one is that Google is getting ready to open up Google+ to businesses (makes sense as they now allow business users to have distinct accounts).

Also, if you have an existing Google+ account apparently Google is a few weeks away from releasing a migration tool to merge your accounts:

For those of you who’ve already started using Google+ with a personal Google Account and would prefer to use your Google Apps account, we’re building a migration tool to help you move over. With this tool, you won’t have to rebuild your circles, and people who’ve already added you to their circles will automatically be connected to your new profile. We expect this migration option to be ready in a few weeks, so if you’d like, you can go ahead and get started with your Apps account today and merge your connections once the tool is available.

Of course if you are super ambitious or super motivated here is quick link from Google+ showing you how to move all your circles over right now without the upcoming tool.

They are also offering all Apps users a few extras in addition to everything else that all the other Google+ users currently have access to including something called “Hangouts with Extras” that looks very solid.

One other item of  interest was that in conjunction with this update Google has baked in what they call “The Google+ Creative Kit“.

While I like the out of the box functionality of the Creative Kit (super easy to use, and yet can provide a very meaningful return), I see the real value of this being a very aggressive move on Google’s part to both recognize the value of photos and also to try to cut into the progress Facebook has made when it comes to picture sharing.

That’s right… I’ve finally come to the the prism by which all things Google+ will get measured, that of course being Facebook.

While I’m not ready to declare any service a “winner” between Google and Facebook, I will say that by Google allowing their Google Apps user to also set up Google+ accounts that most certainly constitutes a big win for me, and for all Google Apps users. Great stuff [GOOG]!