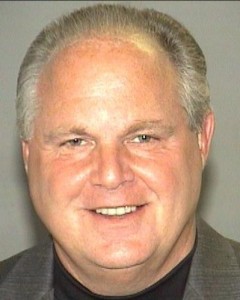 Gadarian Digital has decided to no longer advertise on The Rush Limbaugh Radio show after the Limbaugh went on air and called activist and law school student Sandra Fluke a “slut” and a “prostitute” last week for advocating for contraception access.

The reality is we don’t currently advertise with this show, but if we did we would have pulled out. Is our headline misleading? Perhaps. But perhaps not. So why in the world are we issuing a statement on this?

Of course every good action like this requires a quote so here is mine and I stand by it.

There are some core aspects that form the character of Gadarian Digital. Many of these core aspects actually have nothing to do with how I make my living but they are still very important to us. They also inform many of our “how we make a living decisions”. And despite us not actually advertising with Rush Limbaugh, we are pleased to also say that as a result of Mr. Limbaugh’s recent action we will no longer be willing to advertise with him moving forward.

A little opinion. A little commerce. A light digital insight. What more can you ask for in a boycott article?

Also just to give the non-advertising boycott a little more lift we are encouraging other small business owners who also do not currently advertise on this show to join us.

By the way, that was an affiliate link for David Meerman Scott’s book…