From a digital standpoint, politics have become very interesting. While Al Gore might have had a large role in helping the internet get off the ground, with President Obama we had our first social media president. And it shows. This is also a complementary post following up on our recent 12 Digital Tactics Used by Republicans.

If you want to learn about digital marketing this post might quickly fall into the must read category – some (not all) of the things Obama and his team are doing really live at the forefront of today’s best practices.

Yep – these guys really “get it” when it comes to Facebook – here is a screen grab from Obama’s profile – notice how effectively they take advantage of all the features that Facebook currently offers: 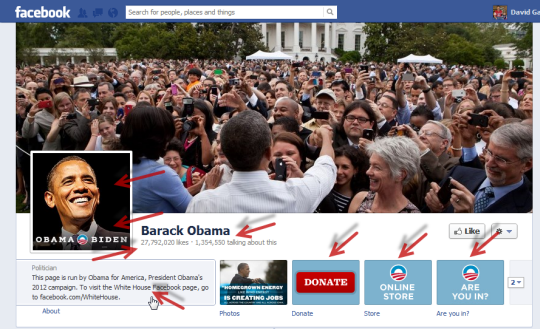 Obama and company double down on Facebook with the Obama Town Hall. Yet another good example of Obama feeling relevant to a big portion of the audience that helped get him elected. An added benefit of this event was that it was a real press bonanza. Featured both by the main stream media as well as most every technology blog in the country. A massive digital return. 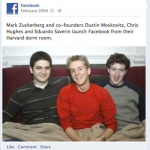 Okay we are going a bit out of chronological order, but the Obama team entered social media very early. In 2008 by the time McCain figured it out, this game was over. How did Obama do it? Well in part it helps to hire someone like Chris Hughes – one of the founders of Facebook to help orchestrate his campaign. You can read all about it in this article from Fast Company.

The idea was that they were going to build a community. And the main staging area for that community was www.My.BarackObama.com. 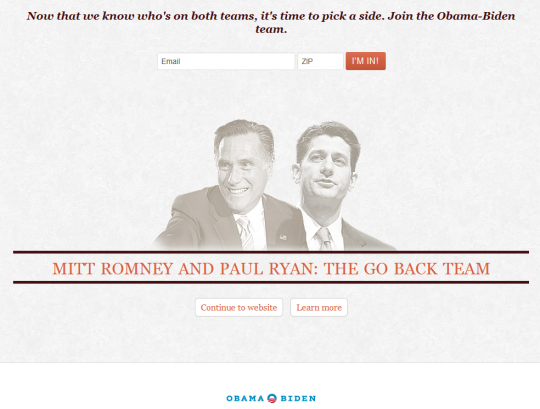 Bigger. Wider. A single call to action. Drop dead simple. Very effective. And you know what – they probably had this page up within hours of Romney announcing his Vice-President pick.

The presidential candidate splash page is something that the Obama folks have really pioneered. They understood the value of the list and they understood how critical those email addressed are. They continue to really push this forward.

Go ahead and click through to their main site…

Obama’s website is VERY well done. Like Romney’s you can learn a ton here. If I had to say which one was better I’d say hands down it is Obama’s.

A few really well done aspects of this site:

Talk about being organized! This year the Obama campaign has created Dashboard. This is literally a platform that supporters can sign into and learn more about the campaign and how to continue to support the re-election effort. Get the latest videos. Stay up to date. Mobilize. Apparently they are even offering a mechanism for supporters to make calls directly from their own homes!

Talk about taking things up a level!

Collectively these blogs form a very powerful voice. Collectively it appears that these blogs also tend to get a much higher level of “social shares” – in large part likely due to the Obama message much more clearly resonating with younger people, many of whom also are more active with social media.  Only upside here for their campaign.

8. Commenting “Right” back at you!

As we mentioned in the Republican roundup, Republicans are really impressive blog commenters. Of course what comes up must go down and for most every anti-Obama comment there seems to be an Obama supporter in the wings ready to jump in and defend their side.

To be fair the anti-Obama commenters have had years to develop their skills whereas the book on Romney is just now getting written (or in this case it is just starting to get commented on.)

The attack ads are in full swing. No matter how you might personally feel about them, these ads travel really well.

In fact many of these strategies are being tested online and where when success is evidenced a negative campaign will then travel upstream to the mainstream media.

The ads work. That’s why they do them. The ads also provide a very specific narrative and much of that narrative then travels online and is re-purposed in many different ways by many different people.

One downside of the negative ads though is that they stick with a candidate. For Obama this is less of an issue as he will either win or he won’t – there is no third term so his negative ad downside is limited – a benefit of being the incumbent.

They are calling Romney/Ryan the Go Back Team – they have a rather substantial amount of documentation directed here on the official Obama website.

Of course this is just one digital staging area for this messaging. In fact this in particular has been an area that Obama & Co. have really pummeled Romney with. Granted the Romney narrative is rather elevated to begin with (an estimated net worth of $250 MM) in a time when our economy is in the toilet. “Romneycare” has not yet been a huge factor but it will be soon. And of course there is the other issue that deserves an entire point of its own…

11.B The Romney Tax Return Issue

For Democrats this issue in particular is a real “Christmas in July” scenario that continue to provide massive digital returns. The issue is very easy to talk about and it continues to travel online – if you Google “Romney Tax Return” (without quotes) Google is estimated nearly 8 million results. That is a whole lot of searching. And while I do not doubt that all Americans are interested in this issue, Romney’s own father seems to have initially set the standard here for what up until now was a generally accepted practice, I’m sure the Democratic digital machine (both the official and unofficial) will continue to make sure that the total number of search results for this query continues to only grow from now until November. 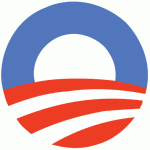 This is really a defining area for the Obama campaign. They have done a really nice job of maintaining the core elements of this iconography throughout their entire digital effort. We see it all over the main Obama Website in a variety of capacities. We also see it on their Facebook page being incorporated on their tabs and elsewhere and as we get closer to the convention we’ll see it in a very coordinated fashion throughout the remainder of the election.

While not the entirety of the Democrats digital election strategy, it is clear that both parties are quickly racing to win both on air and online.

The remainder of the race promises to be very interesting, at least from a digital direction. This team in particular really is pushing to define what the edge looks like and no matter where you stand on the issues, please take an opportunity to try to appreciate how both sides are approaching online and consider how some of these same approaches might be easily molded to fit your own specific needs.